The Dobogó vineyards are distributed over 5 hectares in the volcanic heartland of Tokaj, around the village of Mád. These are the famous growths of Betsek, St. Tamás, and Úrágya where Furmint, Tokaj’s principle grape, can reveal its truest self, that of a very bold, unique, characteristic, fruity yet very mineral variety.

Informations
Grape varieties: Furmint, Hárslevelű, Sárgamuskotály
Exposure: South-West
Total area: 1 Ha
Year of plantation: 1972-1976
Plantation density: 4000 vines / Ha
Terroir
It is the biggest vineyard of the Mád basin and due to its size it has distinct, heterogeneous parts. The most ubiquitous rock is the rhyolite tuff which dominates the plot, and this often varies with andesite, some basalt and quartzite-zeolite rocks. The soil is very heavy and has good water retention capacities, with some clay parts. As a terroir it is a pro: doing its job efficiently and unobtrusively.
The story
The vineyard is located in the South-Eastern part of Mád. It certainly is one of the oldest vineyards among others such as Szent Tamás, Király and Kővágó. The vineyard was named after the nobleman Becsked (Beczked, Bechked), a resident of Karcsa. This man served as Lieutenant in Tokaj between 1420-1430, and he possibly acquired the vineyard at that time. The first written document with this name dates from the year 1600, when the two main parts ’Small’ and ’Big’ Betsek were already differentiated. In the 17th century Betsek was owned by local residents from Mád, by townspeople from Upper Hungary (Felvidék – now part of Slovakia) as well as by the lordship of Regéc, first in the hands of the Alaghy family, then the Rákóczis. Nowadays it is among the most famous vineyards of the Tokaj Wine Region. 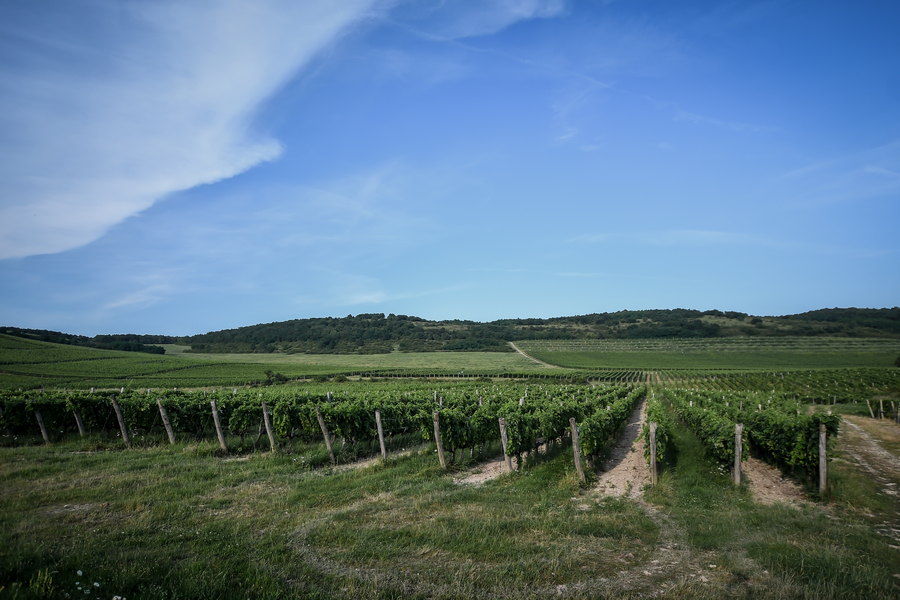 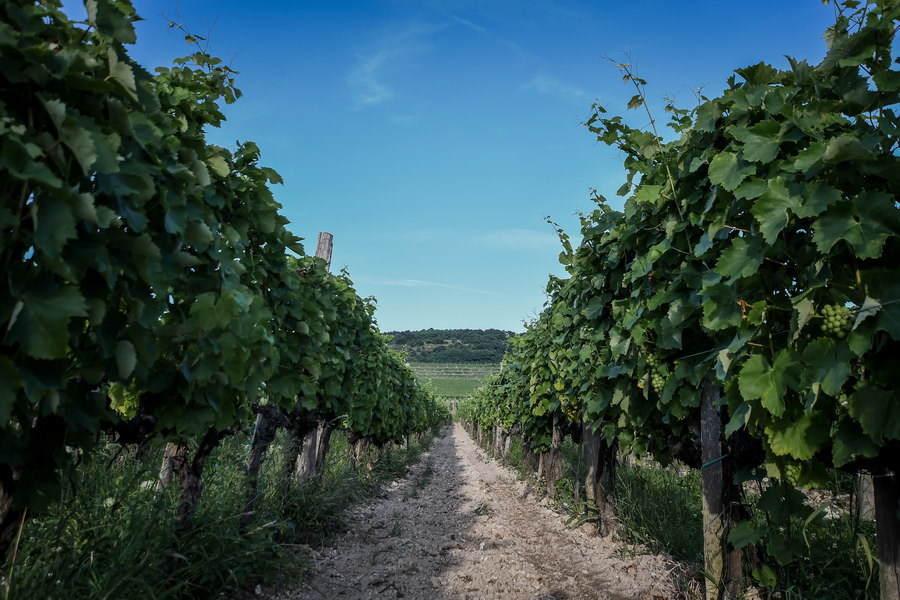 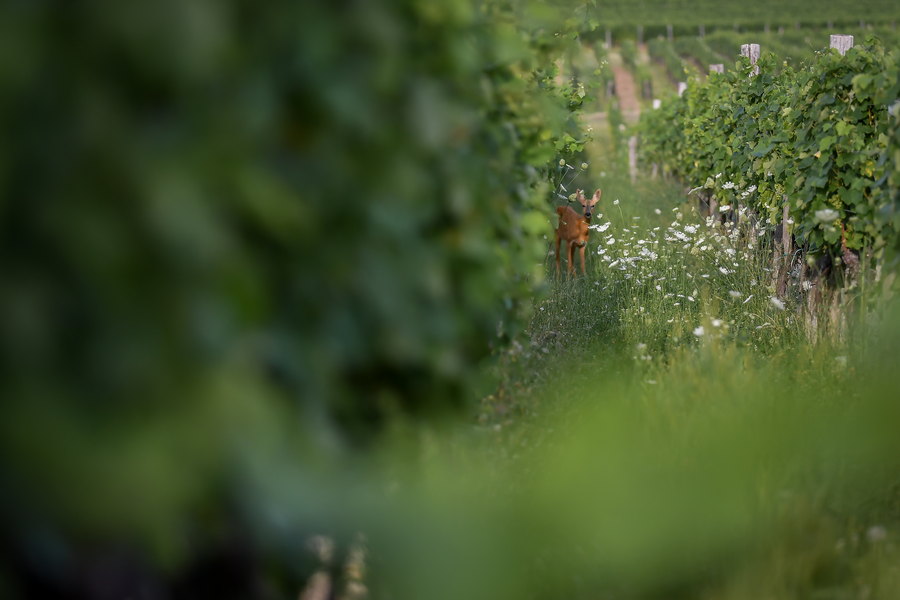 Informations
Grape varieties: Furmint
Exposure: South-East
Total area: 1 Ha
Plantation density: 7200 vines / Ha
Year of plantation: 2008
Terroir
Some call it the „Red Planet” as it can be characterized by the most interesting geology at the edge of the Mád basin: rhyolite tuff with carbonized and silicified woods, often together with pumiceous and zeolitized formations. Its soil is a very heterogeneous heavy red clay, which is influenced significantly by the volcanic bedrock.
The story

Szent Tamás in all likelihood is of medieval origin. It was named after the patron saint of the parish of the village, St Thomas of the Apostles. It presumably used to be a vineyard estate of the parish, and after the uptake of the Protestantism it was partly owned by the baronial, and by the Protestant preachers.

It was first mentioned in 1556, when the Serédy family owned the vineyards of the Makovica manor. Around the year 1600 it is already known, that the lordship of Regéc with the Alaghy family owned remarkable areas in the vineyard. After extinction of the male line in 1635 up to 1711 the Rákóczi family took possession of the above mentioned estate. However there were other possessors in the 17th century on Szent Tamás: the Gönczy noble family, György Szelepcsényi cardinal and archibishop of Esztergom, as well as the Jesuit Monastery and College of Lőcse which owned grapes here until 1773, with minor interruptions. 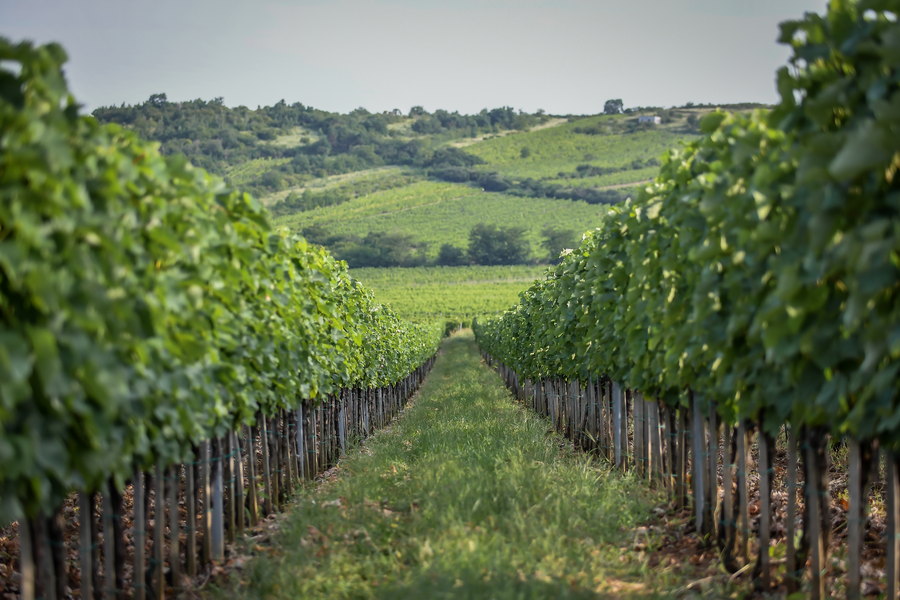 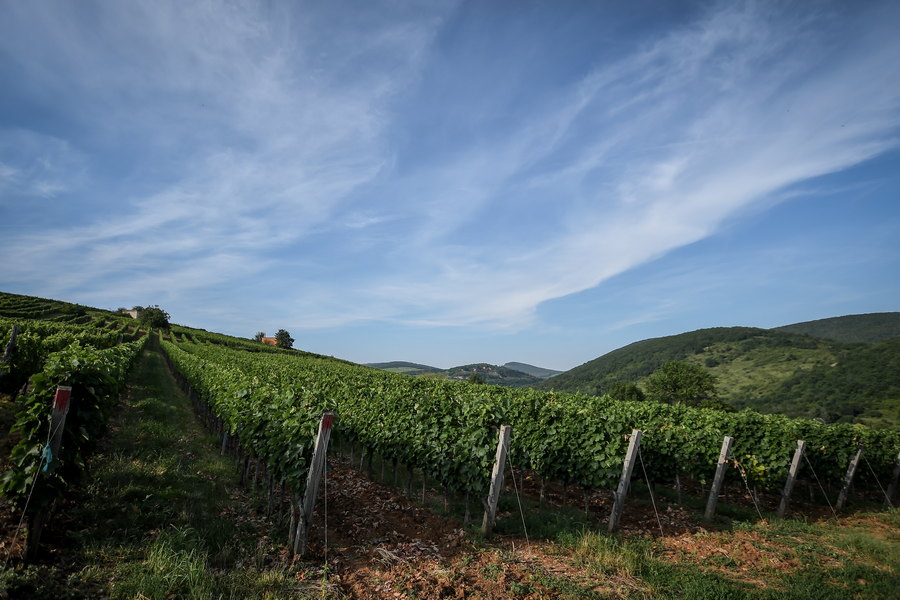 Informations
Grape varieties: Furmint, Pinot Noir
Exposure: South-East
Total area: 2.5 Ha Furmint, 0.5 Ha Pinot Noir
Plantation density: 6000 vines / Ha
Year of plantation: 2004-2015
Terroir
The heavy red soil of the vineyard formed on the weathered material of rhyolite tuff dotted with pumice, in some places is impregnated with quartz. Due to its high clay content, it retains soil moisture well. The vineyard, formed on volcanic formations with a deeply diverse structure, is thinly covered by topsoil with rock debris.
The story

The vineyard called Úrágya is located in the western border of the town of Mád and with no doubt it is considered as a terroir of early medieval origins. The sacred name of the vineyard refers to the pre-Christian, pagan beliefs of the Hungarians. In this case the name means that the people of Mád saw the sun going down behind the mountain which is on the west side of the town, like it was the Lord going to bed. This way the meaning of Úrágya is the place where the sun sets.

The earliest mention of it dates back to 1565, when it is recorded as the vineyard of the Reformed church of the town of Szepsi (now Slovakia).

The structure of Úrágya in the 17th century was consisted of vineyards of smaller extension, owned mostly by local families. After the extinction of the Alaghy family in 1635 the Rákóczis inherited the vineyards in Úrágya. This part remained in their hands until the end of the war of independence of 1703-1711.

In the 1720’s most part of the Úrágya vineyard was abandoned and were purchased by the Orczy family from the Treasury and the straitened local owners, at a very reasonable price. With the permisson of the Court in Vienna, in 1723 even the vineyards of the Treasury in Úrágya became possession of the families Klobusiczky and Orczy and remained in the hands of their heirs and descendants almost to the present day. 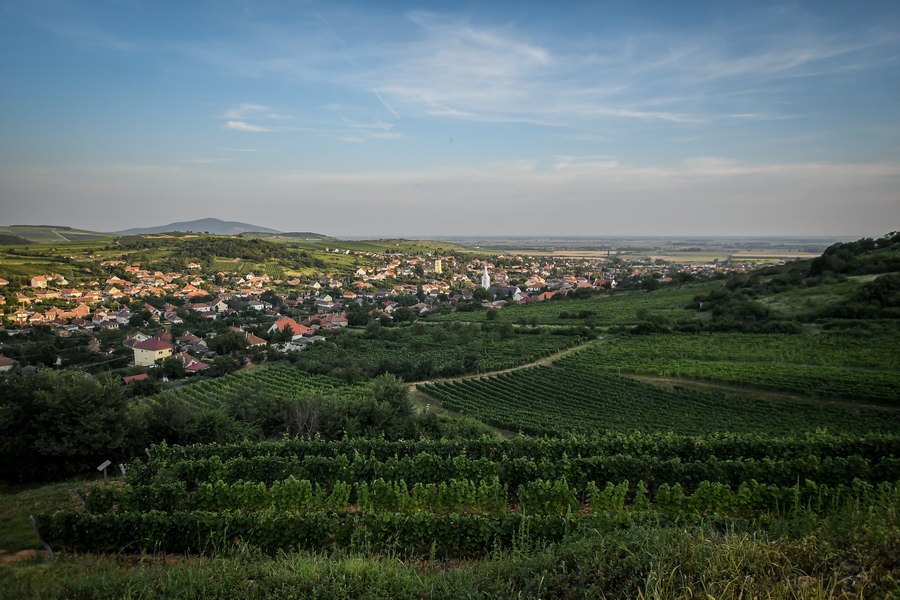 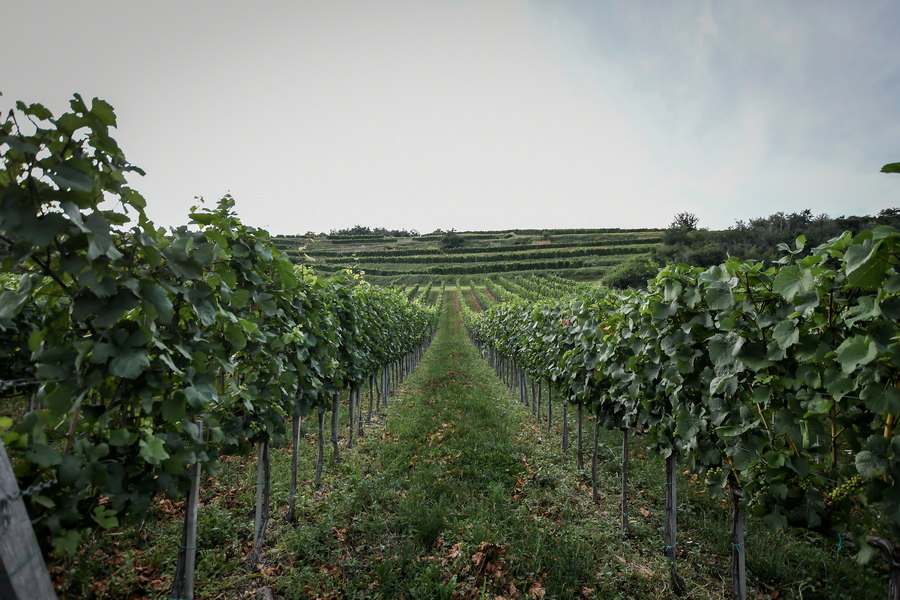 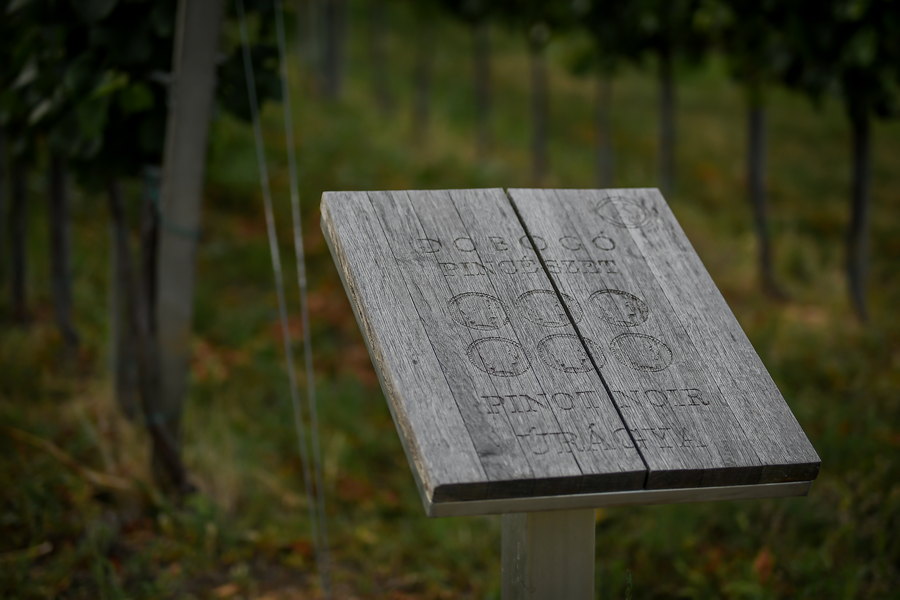 Thanks to historian Kornél Nagy for the historical overview.

Winetasting / Visit of the cellar

Wine tastings and cellar tours are available both weekdays and weekends with advanced booking.